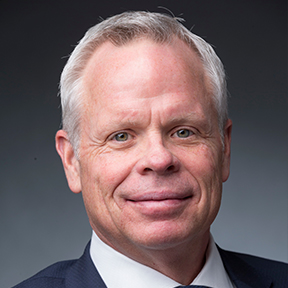 As the Chief Operating Officer of OBXtek, Mike has overall strategic and operational responsibility for managing all customer facing operational aspects. Mike possesses over 35 years of experience in leadership, business management, and growth in both the services and product industries. He oversees an operation of more than 500 personnel supporting over 200 prime contracts and task orders with federal government agencies including the Departments of State, Labor, Transportation, and Agriculture and DOD customers including the Air Force, Army, Navy, National Guard, and Marine Corps.

Prior to joining OBXtek, Mike held multiple senior and executive level positions managing profit and loss business units in large and small businesses as well as overseeing the business winning efforts in an Alaska Native Corporation (ANC) 8(a). Mike previously served in the U.S. Air Force for 26 years where he commanded at three levels, amassed over 3,200 hours in various fighters, and led the Air Force’s first Unmanned Aerial System (UAS) Intelligence Surveillance and Reconnaissance (ISR) Group. He retired as a Colonel. Mike holds a Bachelor of Arts in Business Administration and Marketing from the University of Nevada at Las Vegas and a Master of Science, Management from Troy State University. He has two grown daughters and has been married to Michelle for over 25 years. They have two Westies…Henry and George.