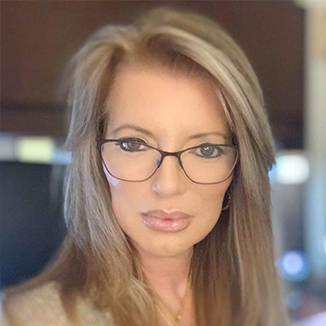 As Director of Quality, Susan will be responsible for managing all aspects of our quality program, including our CMMI-ML3 for development, CMMI-ML3 for services, ISO 9001, ISO/IEC 20000-1, ISO 14001, and ISO/IEC 27001-1 certifications.

Susan’s career began with an enlistment in the U.S. Navy, where she worked as a Hull Technician/Technical Library Administrator during the Persian Gulf War. After the Navy, Susan's career in quality management was set in motion. She transitioned to quality and project management within IT in 2003 and authored the book “Take a Quality Ride,” which was published in 2006. In June 2012, Susan assumed the responsibilities and duties as federal employee and worked for the U.S. Department of Labor Wage and Hour Division (WHD), USDA Farm Service Agency, and DOT FMCSA. In 2019, Susan transitioned back to government contracting.

Susan holds a B.S. in Social Science and Political Science from Concordia University and an MBA from Suffield University. She currently lives in Kingstowne, Virginia with her dog Audi.

Susan has a hands-on approach to raising awareness and generating support which includes serving dinners to and collecting clothes for the homeless. In October 2017, Susan underwent a non-directed kidney donation which started a donation chain resulting in 8 people receiving lifesaving kidneys. She was awarded the American Hero Award in 2018 from the National Kidney Foundation.

Susan is active in charitable fundraising as well as eliciting awareness for the following: